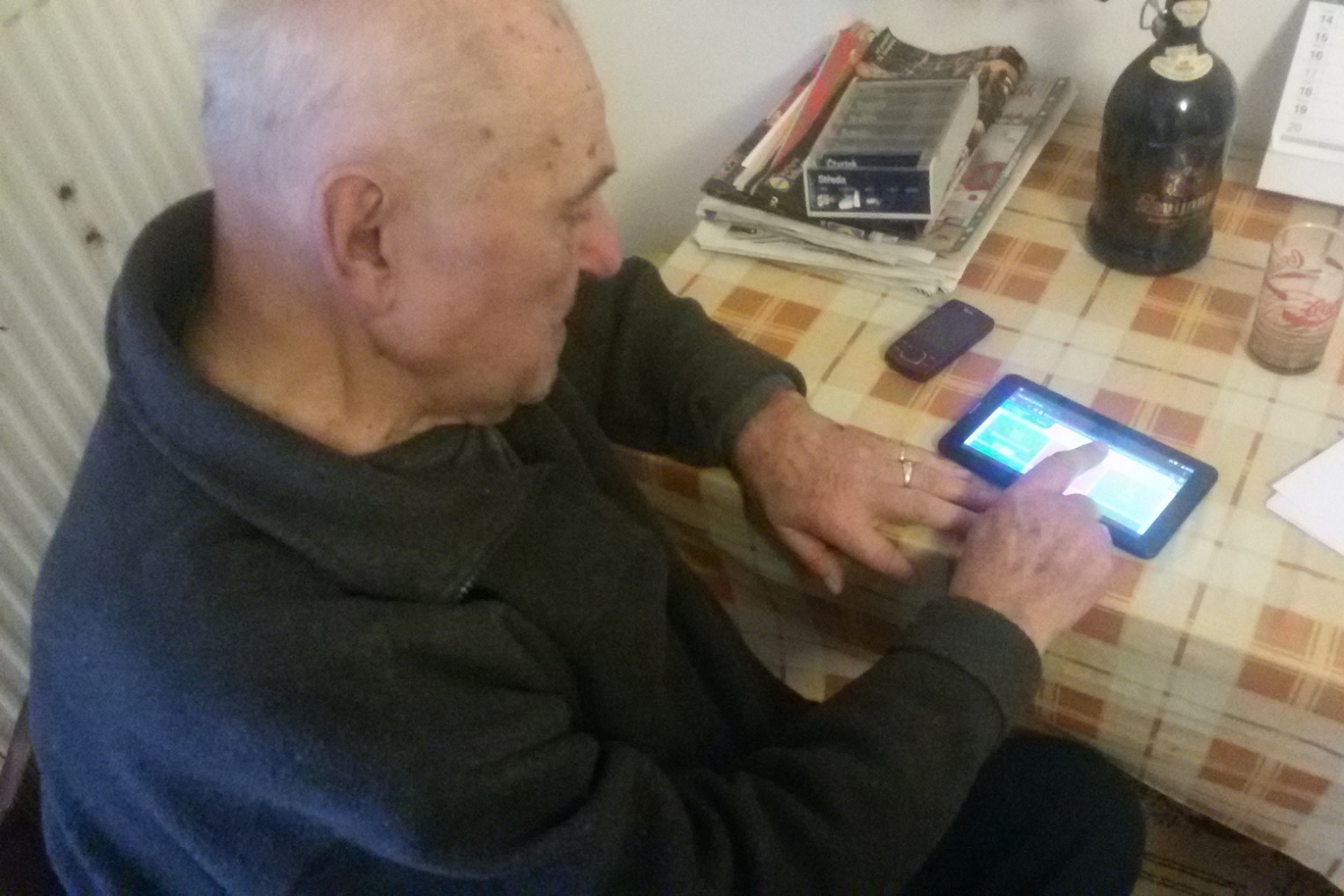 November and December 2016 signalled 2 significant steps for DEX Innovation Centre in the development of the SMART4MD application for patients with mild dementia – a test of the developed clickable prototype among target groups and the ethical approval of trial of the application on real patients and carers.

The first clickable prototype of the application based on the first focus group discussions and interviews with patients with mild dementia, their carers, and healthcare professionals, which took place in January 2016, was ready for the second phase of testing within the target group. DEX Innovation Centre, as well as 4 other international partners of the SMART4MD project, performed another round of interviews with patients, carers and healthcare professionals throughout November 2016. This time the aim of the interviews was to ascertain the user friendliness/usability, ease of orientation in and understanding of the application. This was tested during the interview via a clickable prototype, which was introduced to the target group directly on a tablet, where they tried out particular functions and tasks, and also provided feedback needed for subsequent adjustments of the prepared application.

We would like to thank to Mgr. Lucie Ptáčková from the Department of Aftercare at Krajská nemocnice Liberec, MUDr. Alena Jiroudková from Medica Sever s.r.o., MUDr. Zuzana Šnajdrová from Nemocnice milosrdných sester sv. Karla Boromejského in Prague, Mgr. Lenka Škodová from Centrum zdravotní a sociální péče Liberec (Centrum of health and social care in Liberec) and their carers, to Eva Štanclová from REVA o.p.s. and their carers for their cooperation during this phase of the project.

The second step was to approve the final trial of the SMART4MD application on patients and carers, which was granted by the ethical commission of our first clinical partner in the Czech Republic – Krajská nemocnice Liberec. Other approvals from other clinical partners will be implemented in the following months before the actual commencement of the clinical trial, which is planned for May 2017.