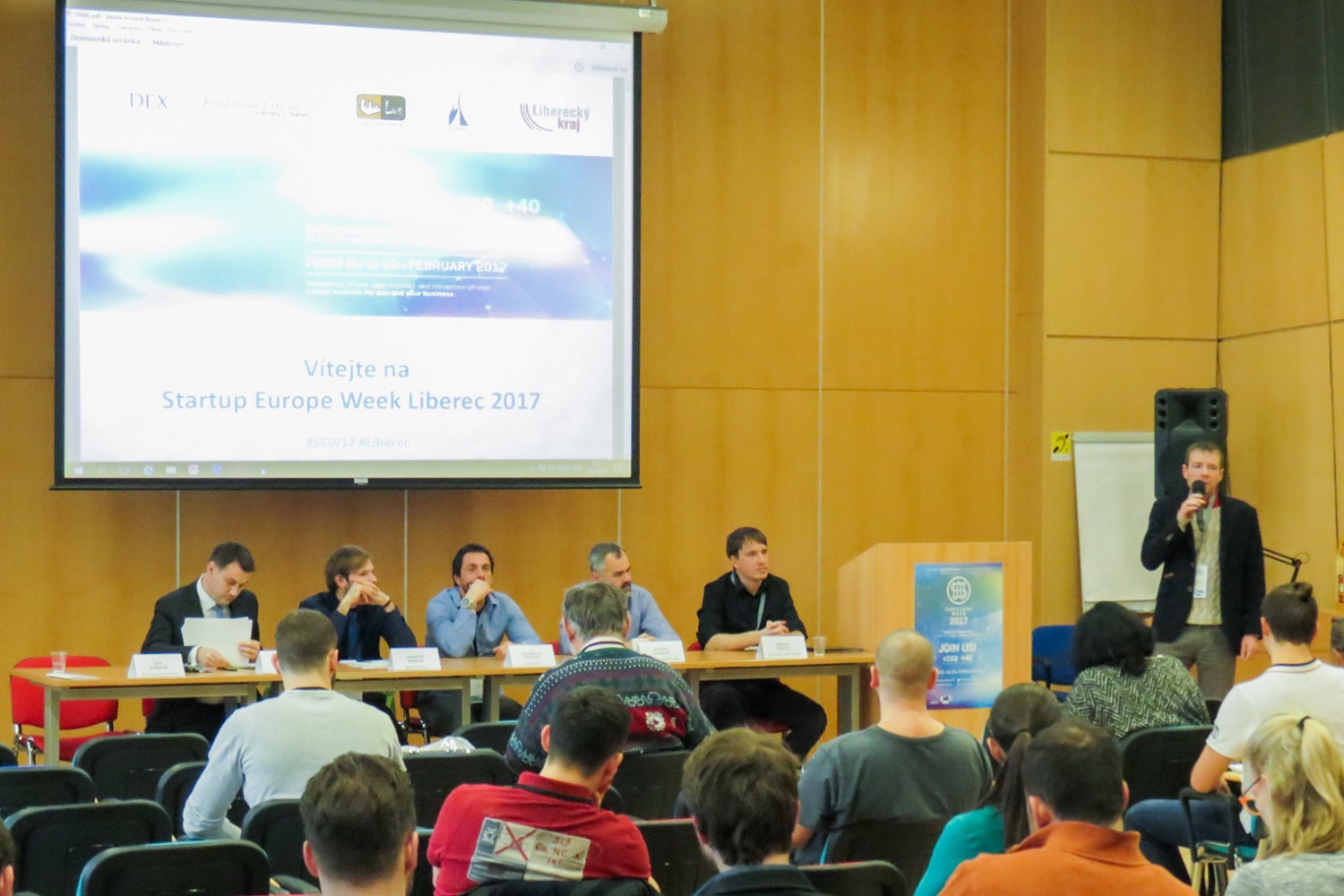 On 6th February 2017, a second edition of the event „Startup Europe Week“ took place in Liberec. Liberec, as well as Prague and Brno, became one of three Czech cities which was given the opportunity to organize this European initiative for start-up businesses. This event was held in the same week in more than 220 cities from 40 European countries.

For attendees of the event, there was prepared very interesting program – in five presentations there were introduced concrete possibilities of support for the start-ups in Liberec region and also shown some ways how to create a partnership with corporations. Mr. Martin Půta as the Governor of Liberec Region presented possibilities of support of start-ups from the side of Liberec Region, Mr. Antonín Ferdan spoke about Idea management in Škoda Auto, a. s. Mr. Martin Javnický from DEX Innovation Centre spoke about innovation partnership of start ups and corporations and Mr. Michal Štefan introduced new initiatives in Liberec region: projects Accelerator and NewGenerationSkills. This edition has also the good practice example, Mr. Stanislav Šťastný from SunGarden, who introduced his project of EKOpark.

The event was attended by 50 people. Among these participants, there were representatives of the public, young people and students, who plan to start their own business, and also people who established their start-ups already. During a panel discussion, there were heard interesting questions aimed to all speakers. The questions concerned mainly the start-up ecosystem in the region, the attendees were interested also in good practices.