SMART4MD app was promoted during the 28th Alzheimer Europe Conference 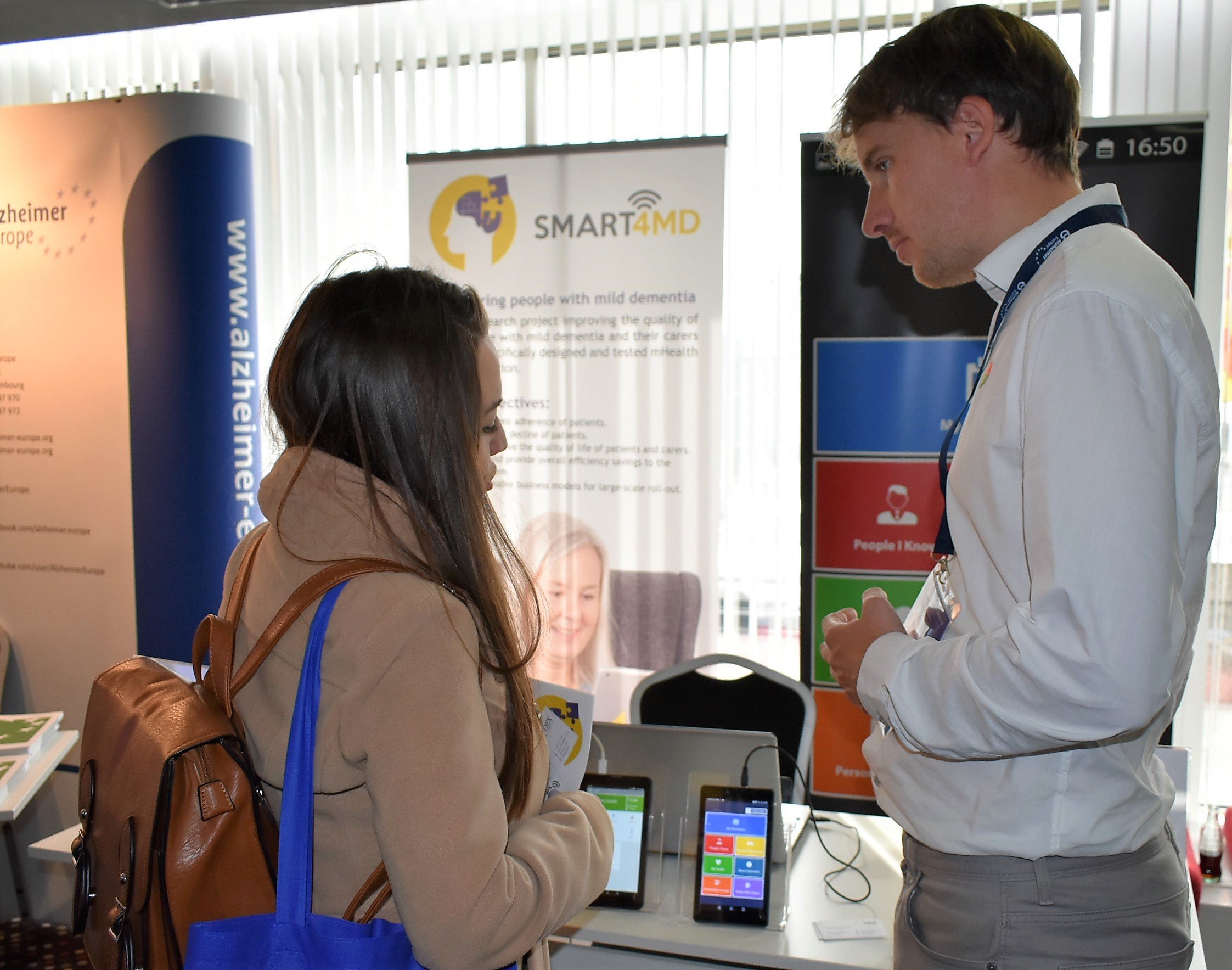 The three-day Alzheimer Europe Conference, held from 29th October to 31st October in Barcelona seized the opportunity to present the prototype of the SMART4MD app for tablets aiming to improve quality of life of people with mild dementia.

More than 800 people from the whole EU attended the conference bringing together researchers, academics, policy makers, health and social care professionals, industry representatives and people with mild dementia, their carers and volunteers.

SMART4MD app and the project itself were presented in two ways. Visitors could read a research poster describing the app feasibility study made by our partners from Consorci Sanitari De Terrassa and Blekinge Institute of Technology or to try the prototype app and have a talk with us at the SMART4MD project stand.

At our stand, we had an excellent chance to network, let people try all the functions of the SMART4MD app, provide them with informative brochures and discuss possible exploitation scenarios. The app got the attention of various actors including research, health and technology fields, but also patients and carers themselves. The SMART4MD app is currently being tested in an 18-months long large-scale clinical trial including 1200 people with mild dementia and their family carers.

SMART4MD is co-financed by the European Union under an EU Framework Programme for Research and Innovation – Horizon 2020, with grant agreement number 643399.