Summer workshops for SMEs, or we start with 3D printing 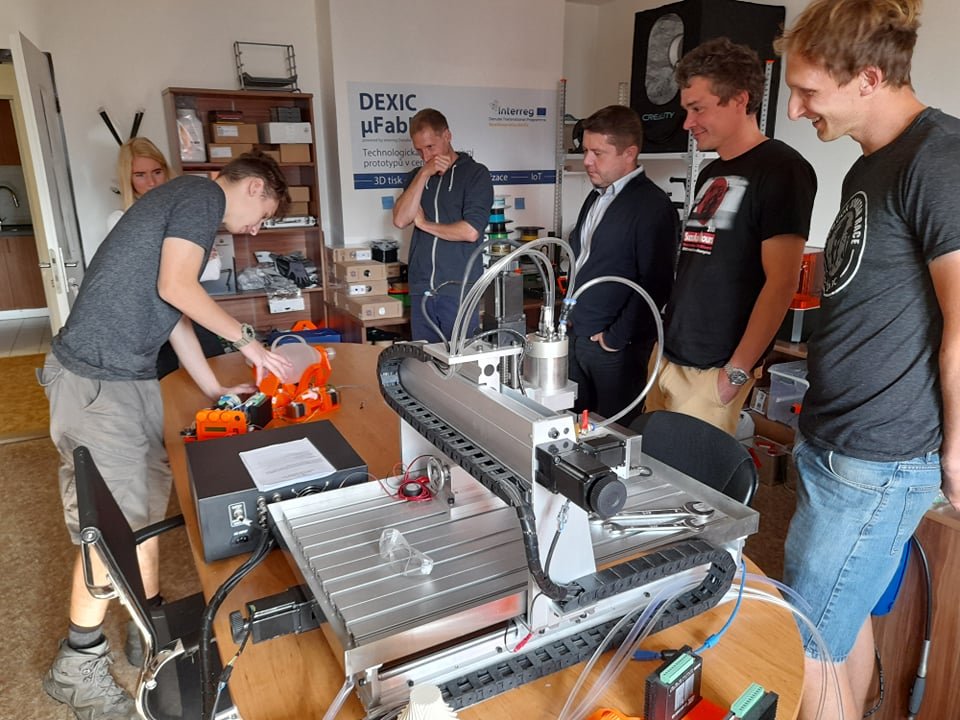 We opened the workshop mainly for employees of small and medium-sized enterprises from the Liberec region, but due to the fact that we also conducted mapping of companies in the Hradec Králové Region, we decided to address one company from this region. We involved mainly smaller companies in both workshops because this target group was considered the most suitable for us due to the possibility of a greater impact on their future activities and, last but not least, due to the focus of our FabLab.Before the holidays, two workshops took place in DEXIC FabLab, one physical and the other virtual. While we met the students in person and during the full-day workshop, we focused on the basics of 3D printing for beginners. The virtual meeting with the teachers was shorter and focused on the possibilities and good practice in the use of 3D printing in schools. As part of the 4STEPS project, which focuses on supporting small and medium-sized enterprises in the transformation to industry 4.0, we have prepared 3 workshops for you on the topic of using 3D printing in small companies. Workshops are free for all participants!

This activity is part of the long-term cooperation of an international partnership, in which we try to support companies in the region and show them the possibilities that technology, in this case, 3D printing, can bring them.

We organized both events with a small group of stakeholders to focus on the development of digital skills and to have enough time and space to work individually with the participants. We focused the workshops on the basics of 3D printing and 3D modelling.

We had an all-day workshop prepared for the participants, which was divided into several parts, but in addition to the introductory presentation, it was a joint work and the participants actively participated in the workshop throughout the day.

First, we introduced our FabLab and its equipment to the participants and showed what working with 3D printing, PCB and plotter look like. This was accompanied by an introductory presentation on 3D printing. After getting acquainted with the topic, we introduced the participants to a program that is suitable for 3D modelling - specifically fusion 360. Under our guidance, the participants tried to design their own mug on their PC and at the same time got acquainted with the basic functions of the program. After the participants successfully completed the design, they were introduced to the SLICER program, which is used to prepare data for 3D printing. Throughout, we tried to lead the workshop in exactly the same way, which corresponds to the process of designing and creating 3D models.

The next part was devoted directly to 3D printing. This activity was moved to our Fablab, where we performed a print demonstration, thanks to which we were able to show participants how the operation works, but also the basic maintenance of the printer, and we also showed other types of 3D printers (SLA, SLS, FDM).
The last part was again dedicated to designing models, but this time your own, in order to create different models and test the more advanced features of fusion 360.