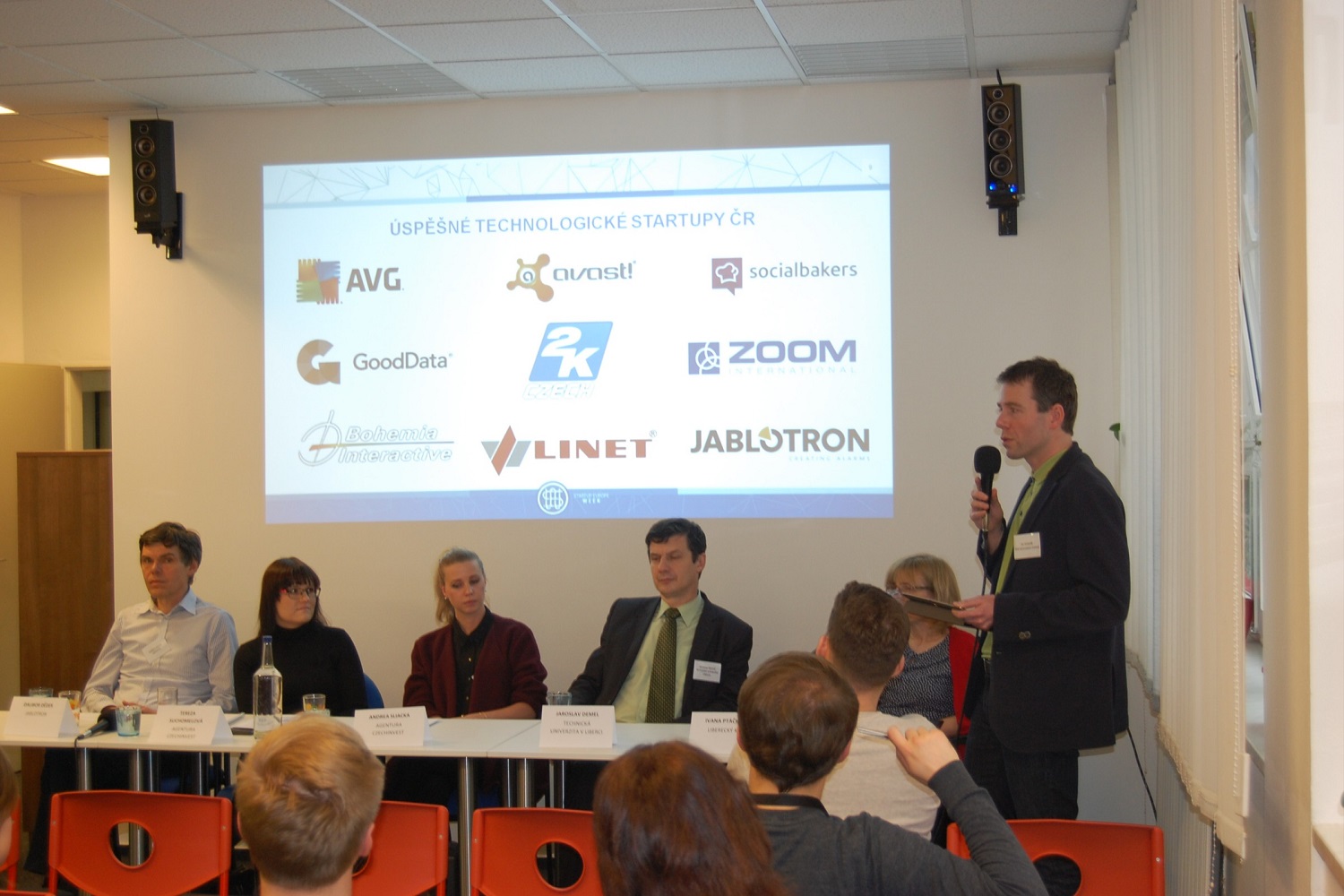 On 2nd February 2016, an event „Startup Europe Week“ took place in Liberec. Liberec, as well as Prague and Brno, became one of three Czech cities which was given the opportunity to organize this European initiative for start-up businesses. This event was held in the same week in more than 220 cities from 40 European countries.

For attendees of the event, there was prepared very interesting program – in six presentations there were introduced concrete possibilities of support for the start-ups in Liberec region, in the Czech Republic, and also the possibilities of support from the side of the European Union. Ms T. Suchomelová and Ms A. Sliacka presented possibilities of support of start-ups from the side of CzechInvest Agency. Ms I. Ptáčková as a representative of Liberec Region spoke about a possibilities of support from this institution. By Mr J. Demel there was introduced also an activity of the Technical University of Liberec – Student Business Club. Another interesting services, for example, a platform for crowdfunding, matchmaking with investors and instruments of the European Commission were presented by Mr J. Kubalík from DEX Innovation Centre, who was also organizer and ambassador of the whole event. From the perspective of attendees, the most interesting was a presentation of Mr D. Dědek from Jablotron on the topic „My beginnings – my story – my advice“.

The event was attended by appr. 50 people. Among these participants, there were representatives of the public, young people and students, who plan to start their own business, and also people who established their start-ups already. During a panel discussion, there were heard interesting questions aimed to all speakers. The questions concerned mainly the start-up ecosystem in the region, the attendees were interested also in good practices. A motivation of young people to start their own business and necessary changes in educational concept, which educates mainly with the aim to create employees, not the entrepreneurs, was also a discussed theme.